The Practical Future of Google Beyond an Exciting 2021 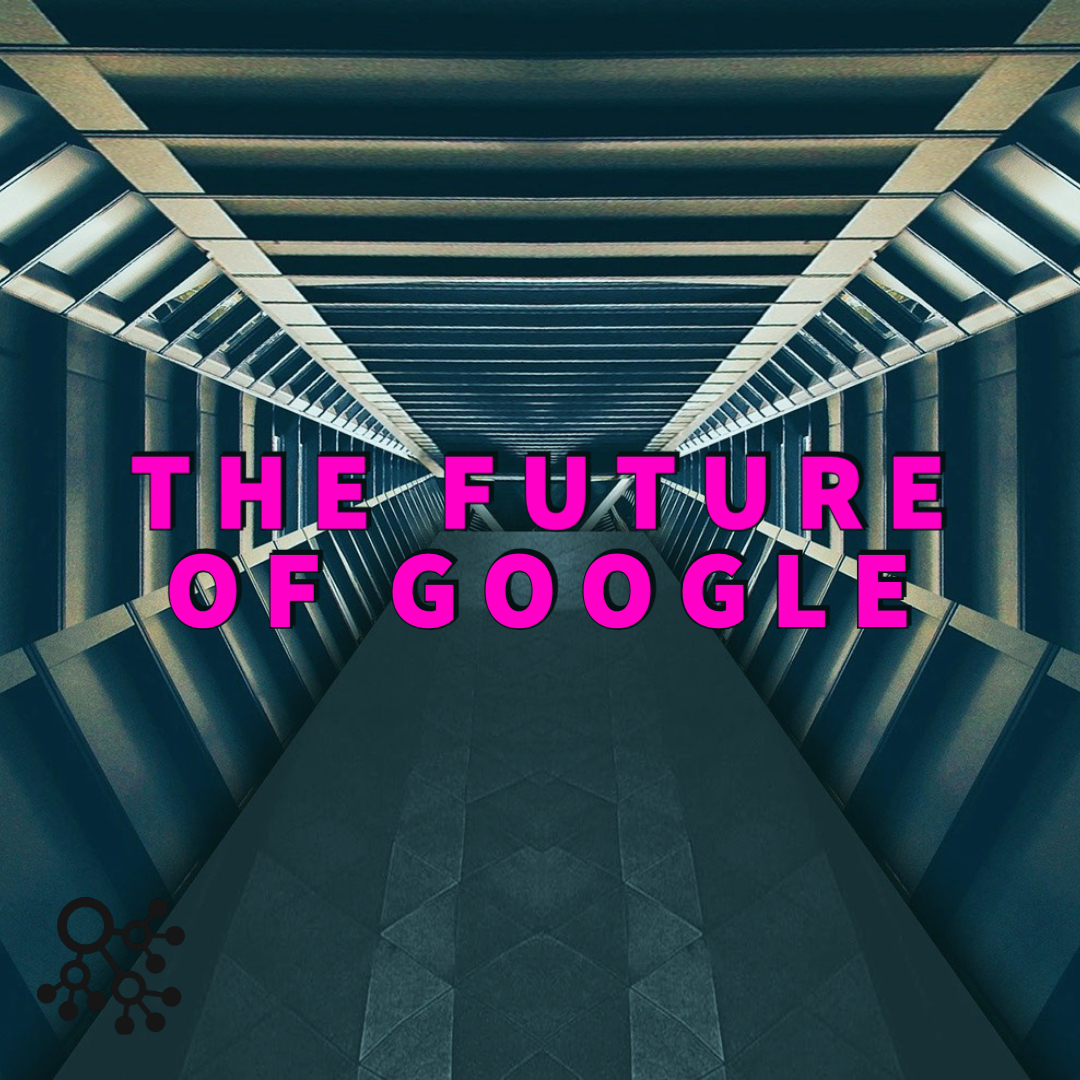 The future of Google depends heavily on whether or not the government steps in and breaks them up.

Let’s take a look at our crystal ball and make some predictions. That way, we’ll have something to look back on in a few years and say, “Told ya so!” or, “Wow, got that wrong.”

At this point in 2021, the future of Google (and most other large tech companies) is in doubt. The most significant issue at hand is whether or not the government steps in and declares any of the large tech companies a monopoly—if they do, all bets are off.

But what if they don’t? This article attempts to look ahead at what’s coming down the pike and how it affects the future of Google and search more broadly.

What the experts are saying about the future of Google

I started thinking about the future of Google because of 2 different podcasts that came out within a week of each other. Google currently has nearly 93% of the search market share, but what does the future hold?

Pivot is a tech podcast hosted by NY Times journalist Kara Swisher and NYU professor Scott Galloway. As you can probably guess, the future of Google, Apple, Amazon, and Facebook are always hot topics.

There’s a section at the end where the hosts make predictions. Professor Galloway predicts that the future of Google includes a loss of dominance, that there will be a competitor that rises and gives them a run for their money. He says this is because they rely on advertising dollars and that their product design focuses on generating ad revenue at the expense of quality.

On the flip side is a podcast called The Paid Search Podcast hosted by Jason Rothman and Chris Schaeffer. It’s called “paid search,” but the hosts only talk about Google Ads. During the discussion, Chris offhandedly talks about how Google doesn’t care about the advertisers. He says that their long-term goal is creating a superior product, knowing the advertising dollars will follow.

More or less, Chris said that a strategy that focuses on ad revenue benefits the future of Google in the short term, but that in the long-term, it’s in their best interest to create the best product.

Predicting the future of Google

So, which of the two experts is right about the future of Google? I tend to agree with Chris from the Paid Search Podcast. Google continues to create the best product, time and again, and by doing so sets itself up for continued dominance in the advertising space.

One piece of evidence supporting their focus on search quality over generating ad revenue is their recent ban on third-party cookies. This action is a step in the right direction. Still, I tend to believe that they have gotten enough data over the years to produce quality ad targeting without third-party cookies, so the announcement was for publicity.

Plus, the defining factor about creating a quality product is continued data. With its absolute dominance of the search engine market share, Google has mountains of data coming in that will help them continue improving its product for years to come.

With a continued focus on search quality instead of focusing on generating ad revenue, Google is ensuring they still have advertisers paying top dollar for the prime real estate on their search results page, keeping the future of Google safe.

Are there potential competitors for Google?

While Google does have a stranglehold on the search market, threats are looming on the horizon.

The one that has the highest potential for disruption is the Justice Department’s lawsuit against Google for violating antitrust laws. This case will drag on for years, and predicting the future of Google in this scenario is a complete guess—they could be broken into separate units (like spinning off Youtube into another company) or allow greater access to third-party companies. It’s worth noting that the closest case for comparison is the antitrust lawsuit against Microsoft.

As for direct competitors, Microsoft’s Bing, DuckDuckGo, and a host of others are hoping they get some of Google’s market share. A new subscription search engine called Neeva promises features that people who don’t like Google would approve of: ad-free searching and increased privacy.

Of course, there’s always Apple looming. If they ever made a search engine, it would already be ready and available for everyone that uses their products—MacBooks, iPhones, and iPads. Even a search engine that’s 80-90% as good as Google’s would have a chance at success with their suite of hardware.

Most of our search engine marketing occurs on Google, but we also have daily active roles in Amazon and Facebook campaigns. With the future of Google looking like continued search dominance, we’re ready whenever clients want to take advantage of the massive search volume they see each day.

And if the future of Google ever shifts and a competitor rises, we’ll be ready for them too.
If you need help with your search engine marketing strategy or implementation or have any questions about the future of Google and search, give us a call or reach out via our contact page. We have clients in industries all over the United States, from cannabis to book publishing to disaster restoration, and we would love to help you get started with your campaigns!

Search engine marketing can help any business generate more traffic to their website! If you’re running a business, it’s important to ensure that you’re doing everything possible to get as much traffic to your website Read more…