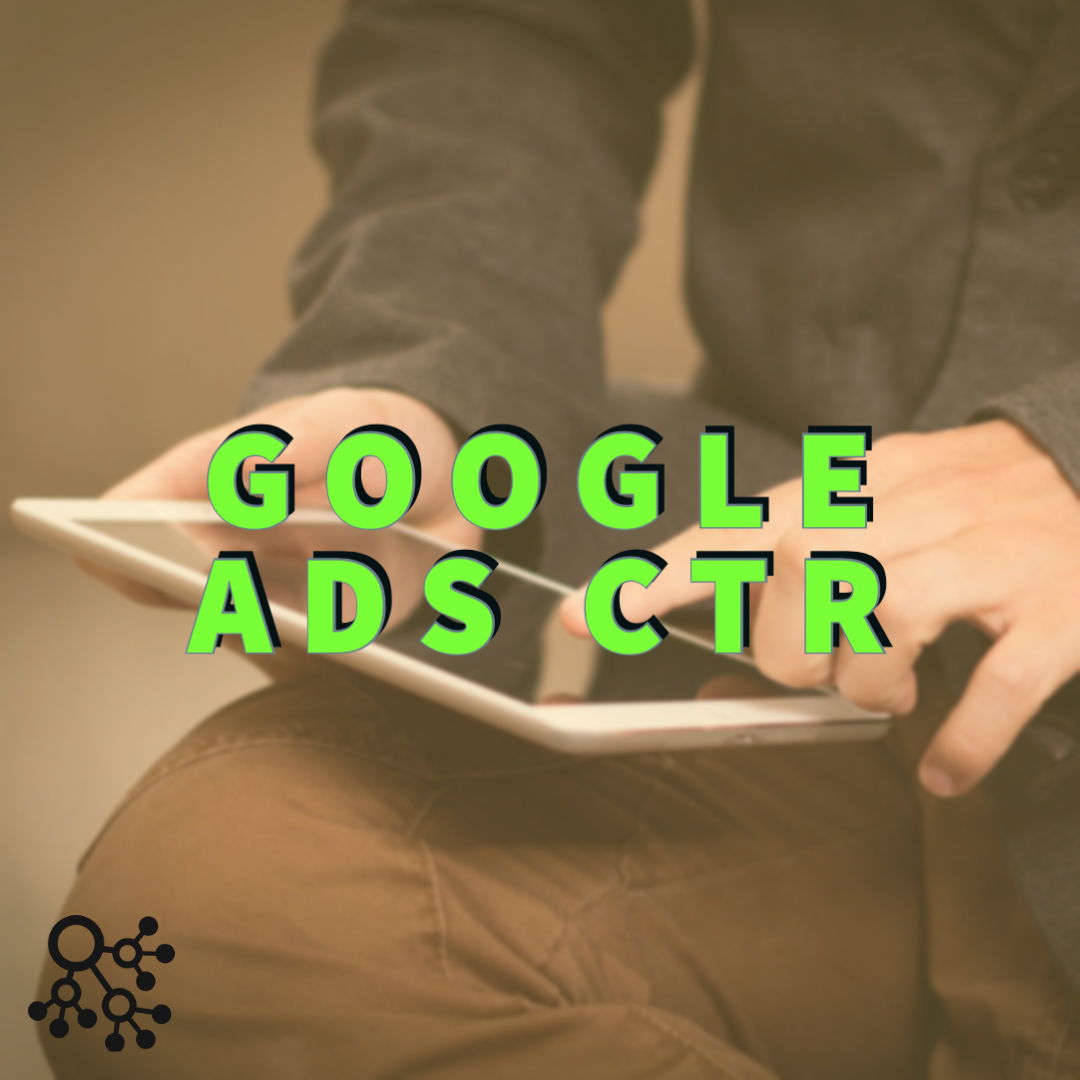 What do you do when low Google ads CTR is affecting your campaign? Dig into the numbers!

Google ads CTR, or click-through-rate, is a key performance metric in Google ads. Low Google ads CTR is associated with an underperforming campaign.

It works like this: if you have a low Google ads CTR, it means that people have viewed your ad and don’t find it relevant to their search. Google penalizes low Google ads CTR with a lowered quality score—this can drive up your cost per click.

In this article, we’ll dive into a campaign that had a robust prior month, started the month out strong, and had a low Google ads CTR halfway through the month. We’ll highlight what we found, propose a mechanism, and highlight what we hope the future holds after the problem’s fixed.

There’s no getting around it: we had an underperforming campaign. It was a lead generation campaign, and the client reported few recent leads.

One of the most confusing aspects of this particular case study was the prior month’s numbers. The strong click-through-rate and conversion quantity seemed like it came from another planet.

The most obvious culprit of a low Google ads CTR is the keywords. We dove into the setup. The same keywords were gathering a ton of impressions both months, but the previous month had a much higher Google ads CTR. Digging deeper, and looking at them by segment, showed that the prior month had the majority of the impressions served at the top of the search results.

The current month? The impressions were served in other parts of the search—not at the top. So, we were paying the same amount for lower impressions!

Could a competitor have entered the market? The auction insights showed little change.

Tracing the customer journey, we wondered if the business didn’t answer the client’s calls. A conversion counts after a full minute on the phone—could the calls have been dropped before then? It was possible, but then we would have seen the same Google ads CTR but a lower conversion rate.

Since the Google ads CTR and the conversion rate were low, something else was going on.

Navigating to the website is also part of the customer’s journey. With Google analytics data imported into Google ads, we could see how long the customers were spending on site. The prior month, each customer viewed three separate pages—a clear sign of intent.

The month in question, the one with the low Google ads CTR and conversion rate? Less than one page. Worse yet, the bounce rate was over 80%.

As the astronauts say: Houston, we have a problem!

The first thing to look for with a high bounce rate is page speed. A poor page speed means people will quit out of the window or press back before the page loads. This process results in a click without a viewing of your website.

The client’s website scored forty-four on the page speed test. This score is well into the red, a clear sign of a slow site.

A slow site isn’t just an issue for Google ad managers. This issue could also be disastrous for search engine optimization (SEO).

The client talked to their web design team, and they discovered an image compression plugin had been disabled, leading to sky-high load times.

Our hypothesis: searchers were clicking on the ads at the beginning of the month. Then, when the page didn’t load, they quit out of the window and continued searching. Google recognized this and felt the ads were no longer relevant, which lowered the quality score.

Now, where the Google ads CTR comes into play: the ads, now with a lower quality score, were served lower on the search results page, leading to more impressions and fewer clicks.

With the page speed fixed, we hope that a consistent inflow of searchers clicks the ads, views the website, and calls the business, showing Google that the ads are relevant once more. In turn, the quality score will increase and lead to higher positions on the search results page!

All because of page speed.

Diving into digital with Algorithmic Global

The above case study is just one example of how events outside the Google ads platform can determine a campaign’s success. This proposed mechanism explains how the ads performed well the prior month, at the start of the month, and why the Google ads CTR took a nosedive.

There might be other factors, but the bounce rate, and discovered slow page load times, helped both the Google ads team and the SEO professionals.

Are you interested in expert Google ads management? The team at Algorithmic Global can help! Give us a call or reach out to us via our contact page, and our experienced team will follow up with you and find out how we can work together on your digital marketing!

No more expanded text ads mean new accounts take even longer before getting going! Google’s expanded text ads have been a blessing for many advertisers, but now it’s time to say goodbye. Starting June 30, Read more…