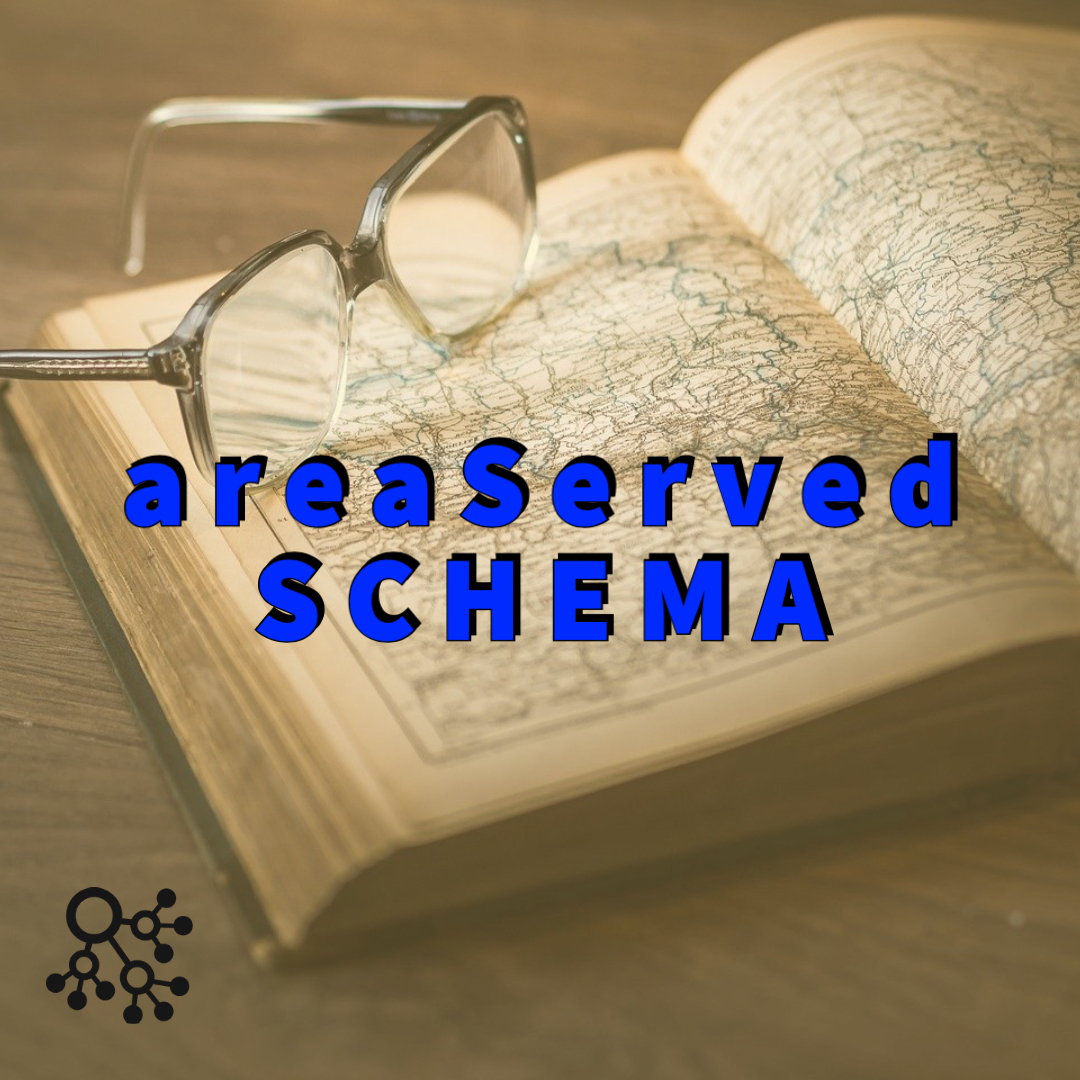 Rankmath doesn’t make it easy to add areaServed schema without location pages. Here’s how we did it.

One of our clients is a roofing contractor. Their website uses RankMath for their WordPress SEO—it’s our preferred SEO tool.

But, we recently ran into a problem. We weren’t able to add the areaServed schema to our client’s website without adding location pages through RankMath.

This article will discuss the areaServed schema type, outline the problem we ran into, and highlight our solution.

What is areaServed schema?

Schema.org describes the areaServed schema as “The geographic area where a service or offered item is provided.”

Along with a robust Google My Business (GMB) listing, the areaServed schema helps Google know the areas a business serves. These are both parts of the local SEO package we offer our clients.

But the issue we encountered was that there was no place to specify the areas served—the information that would go into the areaServed schema.

They have an article about how to Add Multiple areaServed Cities to your LocalBusiness Schema.

But this requires adding locations pages—we wanted the areaServed schema added without going through that process.

The above article from RankMath did lay out the process we used when adding the areaServed schema to the home page and the locations page.

In a nutshell, the article outlines how to add the areaServed schema as a chunk within one of the standard schema templates. In the article’s case, the LocalBusiness schema. But this schema type is only accessible when using locations pages, and we didn’t want to go that route.

The starting point for getting the schema that needs editing is to grab it from the page source. Then, tweak it by adding the areaServed schema code and import it through RankMath’s schema generator.

(The above is taken From RankMath’s article. The Wikipedia links defines the locations.)

At first, we tried adding the areaServed schema portion to the global site Organization schema made by RankMath. It broke our page’s schema—overwriting this schema isn’t possible since it’s generated by RankMath using the data from the fields in the Local SEO form.

Note: It’s a good idea to delete the Service schema from your page after getting the schema from the page source. You’ll be making an altered copy with the same name, and having multiples can get confusing.

After importing it into RankMath’s schema generator following the instructions from RankMath’s article, the generator identified the altered Service schema within the code.

Clicking the “Use” button associated with the Service schema field gets you into the schema builder.

Our locations were there, specified as areaServed schema! We had to set the image URL (which was the same URL as the image id), and we deleted the “mainEntityOfPage” field (this is specified in other portions of the schema) before clicking save for this post.

Sure enough, our Service schema now included the areaServed schema!

Adding the areaServed schema to a website is vital in letting Google (and other search engines) know the areas a company services. Together with GMB, this is a powerful tool for showing up high on the search results pages.

Getting the correct schema on your page is just one small part of local SEO, which is, in turn, a part of SEO in general.

Give us a call or reach out via our contact page if you are interested in diving deep into your website’s local SEO. We specialize in lead-generation for service-based businesses but have clients in industries as varied as book publishing to marijuana. Let us know how we can help!